Welcome to the Caput Mundi!

Did you know that this year Rome has celebrated its 2772nd Birthday?  Roman history has been among the most influential to the modern world, from supporting the tradition of the rule by law to influencing the Founding Fathers of the United States to the creation of the Catholic Church.

There is archaeological evidence of human occupation of the Rome area from at least 5,000 years, but the dense layer of much younger debris obscures Palaeolithic and Neolithic sites. The evidence suggesting the city’s ancient foundation is also obscured by the legend of Rome’s beginning involving Romulus and Remus. The traditional date for the founding of Rome is 21 April 753 BC. May this day be a special one!

But of course if you visit Rome, you will get to see many different monuments coming from all kind of ages. The thing that will impress you the most, during your stay in Rome, is the diversity of artistic and architectural beauty spread all over the city. There is no such city as Rome in the world: a true open air museum that will impress you with its millennial beauty around every corner. 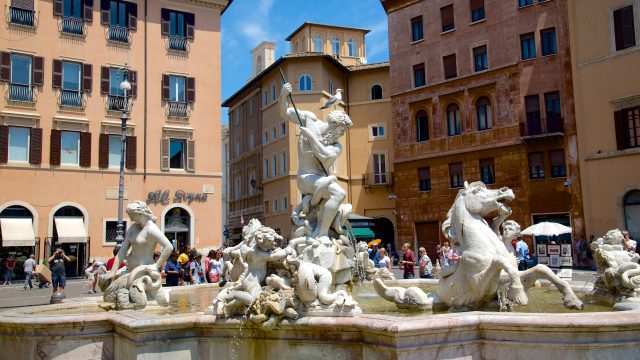 Today’s Rome is a modern metropolis, yet it reflects the stratification of the epochs of its long history. The historical centre, identified as those parts within the limits of the ancient Imperial walls, contains archaeological remains from Ancient Rome. These are continuously being excavated and opened to the public, such as the Colosseum; the Roman Forum, and the Catacombs.

There are areas with remains from Medieval times. There are palaces and artistic treasures from the Renaissance; fountains, churches and palaces from Baroque times. There is art and architecture from the Art Nouveau, Neoclassic, Modernist and Rationalist periods. There are museums, such as the Musei Capitolini, the Vatican Museums, Galleria Borghese. Parts of the historical centre were reorganised after the 19th-century Italian Unification (1880–1910 – Roma Umbertina).

The increase of population caused by the centralisation of the Italian state necessitated new infrastructure and accommodation. There were also substantial alterations and adaptations made during the Fascist period, for example, the creation of the Via dei Fori Imperiali; and the Via della Conciliazione in front of the Vatican. These projects involved the destruction of a large part of the old Borgo neighbourhood. 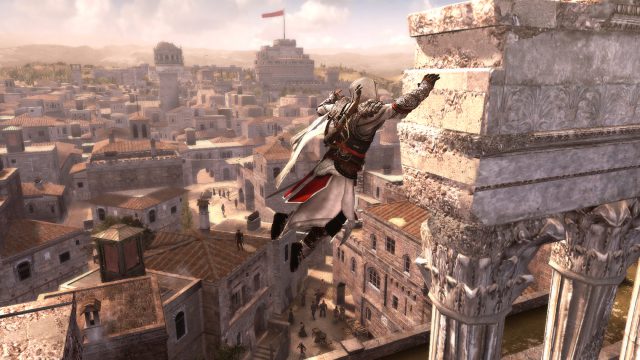 Many great games were set in Rome, like Street Figher Alpha, Tomb Raider Chronicles and, of course, Assassin’s Creed Brotherhood. If you’re a fan of Ezio Auditore, you will surely find plenty of opportunities to relive the emotions of the game and step on the very same land where the Assassin and his archnemesis Ludovico Borgia fought bravely… well, at least in the famous Ubisoft game. And maybe, you will get some inspiration for creating your next big game, set in Rome! Every creator knows that travelling in a place may change our life and our creations forever, so why don’t give it a shot?

This website uses cookies to improve your experience while you navigate through the website. Out of these cookies, the cookies that are categorized as necessary are stored on your browser as they are essential for the working of basic functionalities of the website. We also use third-party cookies that help us analyze and understand how you use this website. These cookies will be stored in your browser only with your consent. You also have the option to opt-out of these cookies. But opting out of some of these cookies may have an effect on your browsing experience.
Necessary Sempre abilitato
Necessary cookies are absolutely essential for the website to function properly. This category only includes cookies that ensures basic functionalities and security features of the website. These cookies do not store any personal information.
Non-necessary
Any cookies that may not be particularly necessary for the website to function and is used specifically to collect user personal data via analytics, ads, other embedded contents are termed as non-necessary cookies. It is mandatory to procure user consent prior to running these cookies on your website.
ACCETTA E SALVA